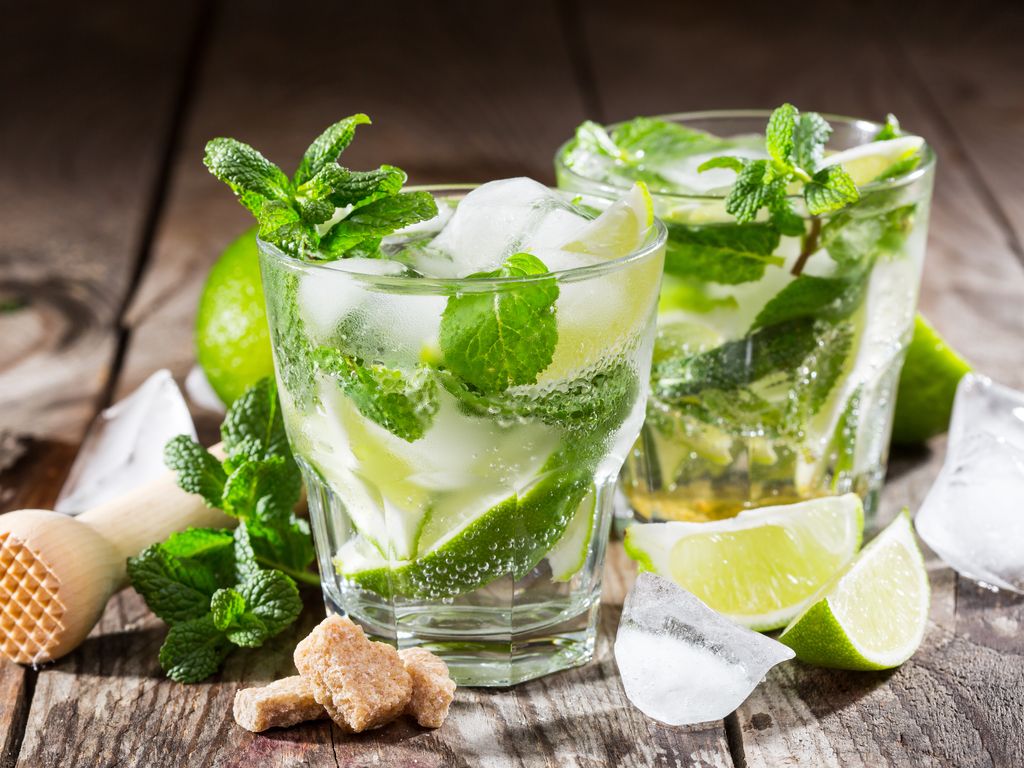 The number one cocktail in the hearts of the French, the mojito inevitably evokes festive evenings in trendy bars on Cuban beaches. Because yes, the mojito comes from Cuba. But what do we really know about this cocktail? How was he born? What does the word mojito mean? Quai Sud tells you all about the origin of the mojito and explains how to prepare this Cuban-style cocktail.

The origin of the mojito, between myth and reality

Several theories maintain the myth around the birth of the mojito. The most famous one is linked to Francis Drake, a not very nice English privateer nicknamed El Draque (the Dragon). In the midst of the war against Spain, England sent Drake to sack the Spanish trading posts in the New World, including Cuba, in 1586. It was there that Drake is said to have discovered tafia, a brandy made from sugar cane. He would have added sugar and mint, a plant known by sailors to fight nausea, and the ancestor of the mojito would have been born.

It is seriously doubtful that the privateer, as a good pirate of the Caribbean accustomed to scouring the oceans, sought to cure his seasickness … on the other hand, a way to maintain his hangover, it is possible! Nevertheless, the legend has remained because even today, some customers ask for a Drake when they want a mojito.

According to other hypotheses, it was invented by slaves in the sugar cane fields because the word mojito comes from a West African language, or it is inspired by the mint julep True or false, what is certain is that our current mojito was created around 1910 by a barman in Havana. The latter replaced the tafia with rum and refreshed it with lime juice. Mojito comes from mojar, Spanish for “to wet”, and mojo, a Cuban culinary preparation made from lime.

Thus prepared, the mojito became the emblem of Cuba in the 1920s and 1930s, when Americans came to the island to escape Prohibition. Then it was Ernest Hemingway, who lived in Cuba until 1960, who made it famous. An inveterate partier, Hemingway was a frequent visitor to bars, especially the mythical Bodeguita del Medio, which has been serving mojitos with a dash of soda water since 1946. Was it his favorite drink? Probably not, the man preferred to get drunk with stronger juices, but the writer and the cocktail have entered forever in the legend of Cuba.

It wasn’t until 1993, when the Pernod Ricard group joined forces with the Cuban rum brand Havana Club, that the French discovered the mojito. Since then, its success has not waned in France, to the point of becoming the favourite cocktail of our fiestas !

The recipe for the authentic Cuban mojito

How to make a real Cuban mojito? Follow the guide, on your way to Cuba! Over there, they don’t joke with the ingredients of the mojito, starting with the rum. Yes, they don’t call Cuba the island of rum for nothing! You need a white Cuban rum, both sweet and delicate, to find all the authenticity of the local soil in your glass. Then the mint: only hierba buena. It is quite difficult to find in France, except in some garden centres; Cubans only use the macerated stem, which has a powerful aroma but is less bitter than the leaves. The same goes for the lime: the juice but not the peel, too bitter. Sugar is always white, and water… flat! Yes, no bubbles, because in Cuba, they always prepare the mojito the day before. Sparkling water is only if you consume it immediately, to release the flavours. Finally, no crushed ice but whole ice cubes.

Of course, you are free to follow your own recipe. Here’s ours for a quick mojito:

Try also the variations of the cocktail : virgin mojito without alcohol, mojito royal with champagne or strawberry mojito … There is something for everyone!

Do your friends turn up unexpectedly for a drink? Don’t panic, our mojito mix will save your evening! In a bowl, pour 30 cl of white rum and the mojito mix. Leave to macerate for 1 hour. Mix, filter and add 1 litre of sparkling water. Make sure you have plenty of ice and drink before the bubbles disappear!

Discover all our mojito mixes to prepare express mojitos, and don’t forget: alcohol abuse is dangerous for your health, consume with moderation 😉

Meta-title: Mojito: where does your favourite cocktail really come from?

Meta-description: The mojito is the favorite cocktail of the French and comes straight from Cuba. But how was he born? Quai Sud tells you all about the origin of this legendary cocktail.

Alcohol abuse is dangerous for your health, consume in moderation. The consumption of alcoholic beverages during pregnancy, even in small quantities, can have serious consequences on the health of the child.
Selling or offering alcoholic beverages to minors under the age of eighteen is prohibited.